Ten years in and we’re just getting started.

As a team, we’ve been through a lot over the last ten years. From our partnership with Infinity Ward to develop Call of Duty: Modern Warfare 3 in 2011, to shipping Call of Duty: Advanced Warfare and Call of Duty: WWII – we've covered a lot of territory and subject matter. And we’ve learned a lot.

This morning at the start of our Decade II celebrations, we made a permanent addition to the entryway of the studio and added an art installation that features our new values emblazoned on some very special, commemorative WW2 era replicas. 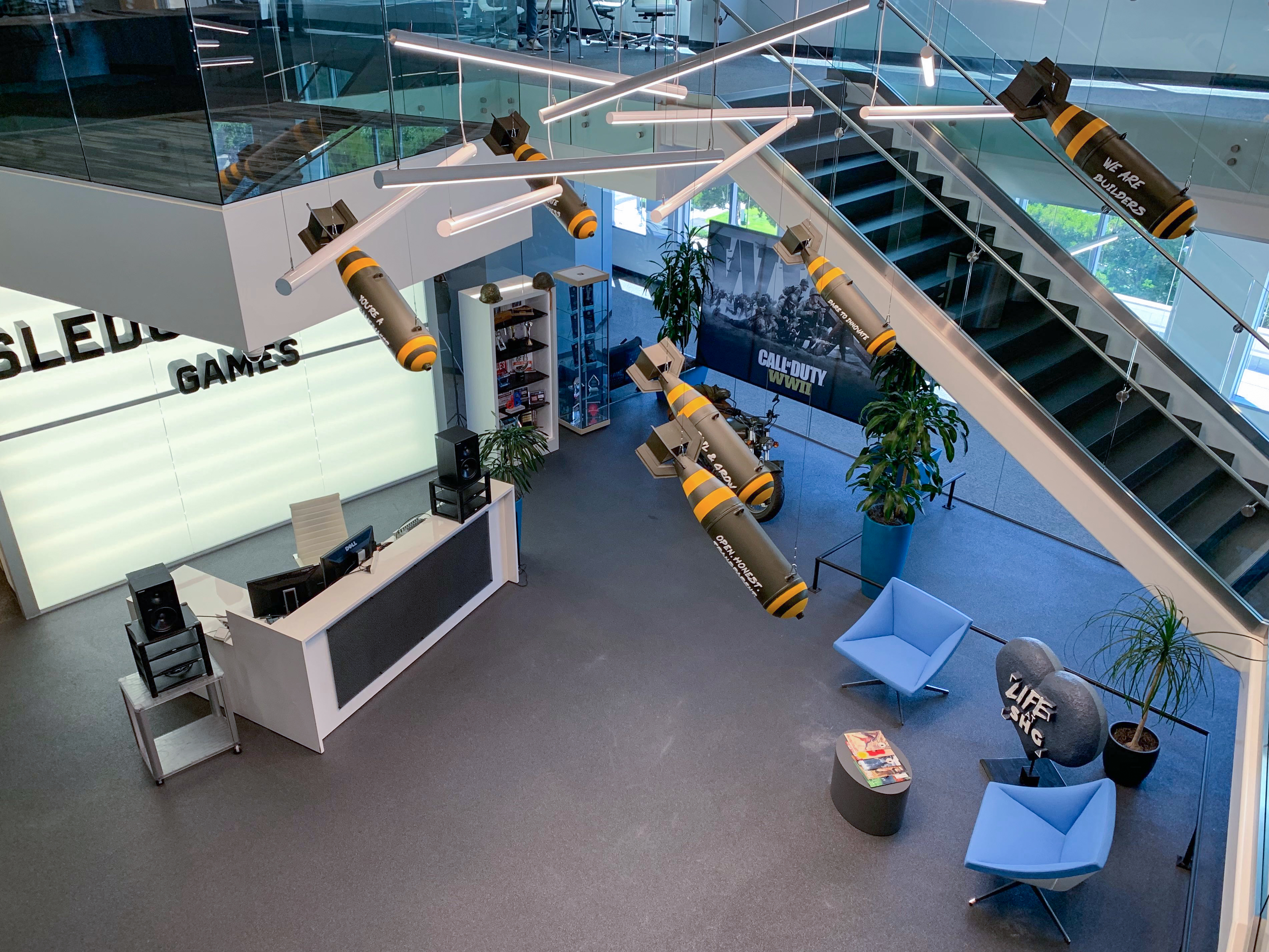 Decade II marks a new chapter for the studio, as we look to the future and constantly evolve. Over the last year, we’ve transformed the studio.  Along the way, we’ve also shared Developer Profiles which introduced a number of team members here across Sledgehammer Games. These changes reflect our commitment to our team and our culture – as a fun place to work, while celebrating the people who make games.

Speaking of people, we’re handing some 10-Year Anniversary awards to Sledgehammer Games folks who have been with us since the beginning. The founding core group that’s been here for the long haul. And handing those awards out, we have Aaron Halon (Studio Head, and founding SHG veteran) and Andy Wilson (new studio COO). Change is a good thing for the future of our games. 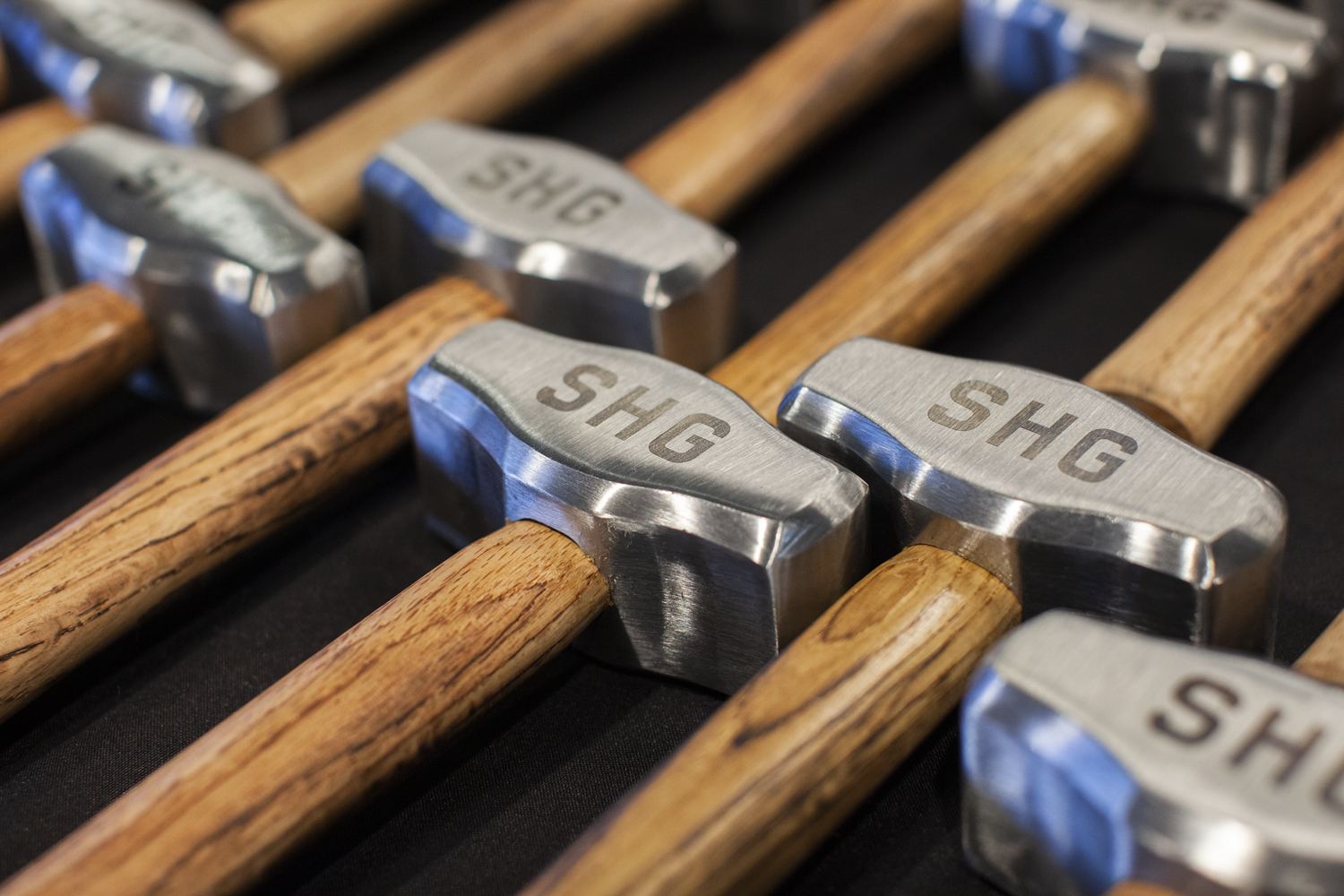 We’re obsessed with symbolism and branding here at Sledgehammer Games, and we’ve made  investments into tangible representations of our brand. Most recently, we worked to custom craft SHG sledgehammers for everyone on the team. They’re functional sledgehammers (and very heavy) – you get one when you join the team and it’s yours for life.

Thanks for all the love and support throughout the years. 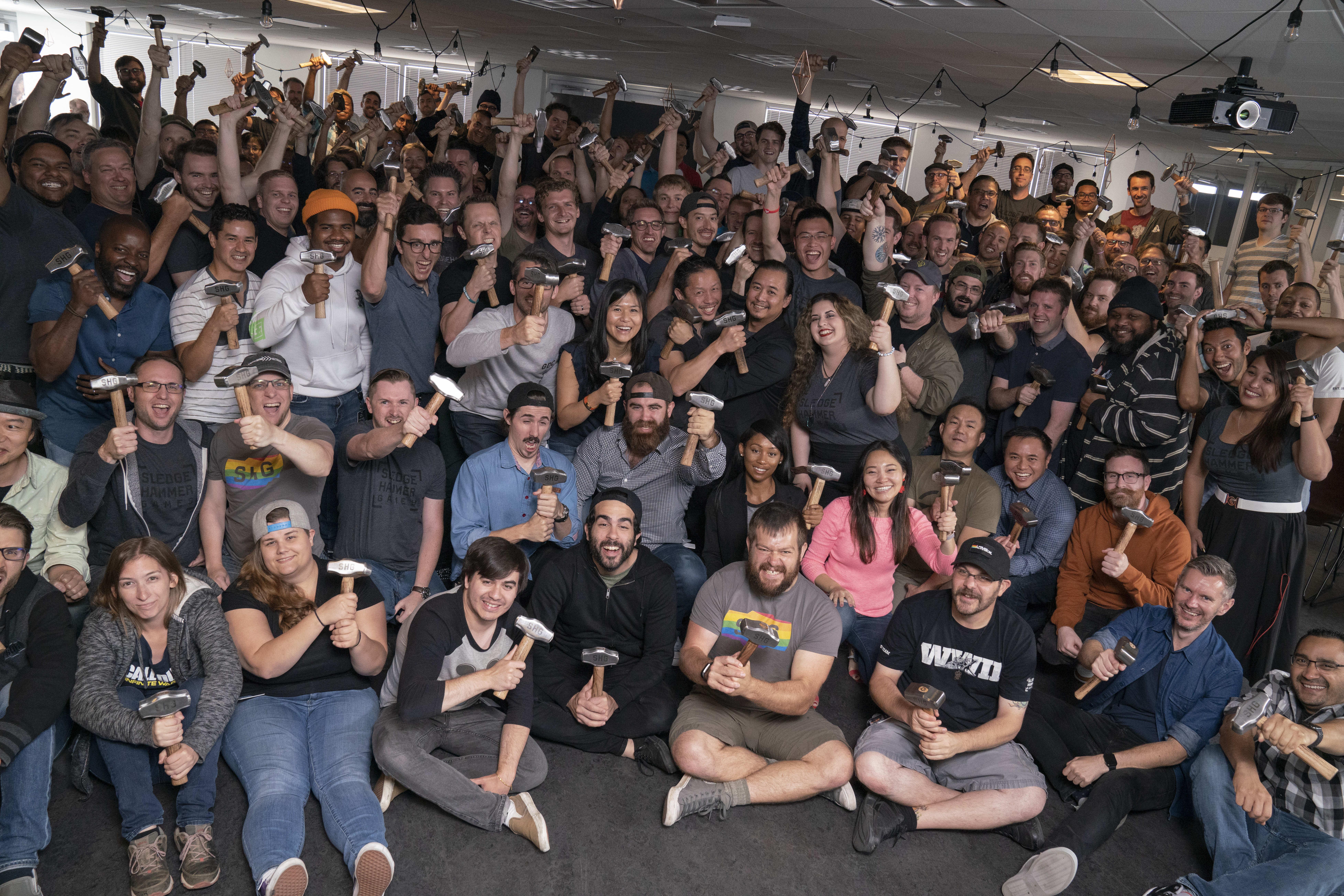