Call of Duty®: Vanguard’s Champion Hill Alpha is live this weekend from August 27th at 10 AM (PT) to August 29th at 10 AM (PT) and it’s free for all PlayStation 4 and PlayStation 5 players. Also, it’s available for pre-load right now, so be sure to go and download it before it starts tomorrow!

We’ve had a great time creating Champion Hill, the internal playtests have been tons of fun, and we’re extremely excited for fans to get their hands on this all-new experience. Please keep in mind that this is a small slice of what players will experience in the upcoming beta and launch, however you will be able to experience many of the core systems of Vanguard MP for the first time. We couldn’t be more excited for everyone to play it. Let’s get into it!

The Champion Hill Alpha is the first public technical test of Call of Duty: Vanguard. It’s designed to provide the development team with valuable data points as we continue to tune our MP experience heading into the Worldwide Reveal of Vanguard Multiplayer and the Beta coming in September. Please note that everything you’ll see, hear, and play in the Alpha is still in development. If you experience anything that doesn’t feel right when playing this weekend, please let us know. We’ll be actively monitoring the official Sledgehammer Games Twitter account for any feedback relative to weapon tuning, perks, balance, and spawns. Don’t hesitate to reach out.

We’re so excited for everyone to get their hands on Champion Hill and there’s a ton of content to dig into over the 48-hours of the Alpha! Here’s a preview of what’s included –

Perks (persistent through matches and you can buy up to six perks):

Streaks (activated automatically in the next match after purchase):

Note: Operators will be randomly assigned.

If you’re interested in more information about how to play Champion Hill and how to download the Alpha, please visit the Call of Duty Champion Hill Alpha blog.

There are plenty of surprises around the corner that you won’t see in the Alpha. But don’t sweat it, we’ll be revealing Call of Duty: Vanguard’s full Multiplayer offering at our MP Reveal scheduled for September 7th, 2021. Following the MP Reveal on September 7th, we’re opening the Beta up for Early Access to folks who pre-order Call of Duty: Vanguard – see schedule and pre-order link below: 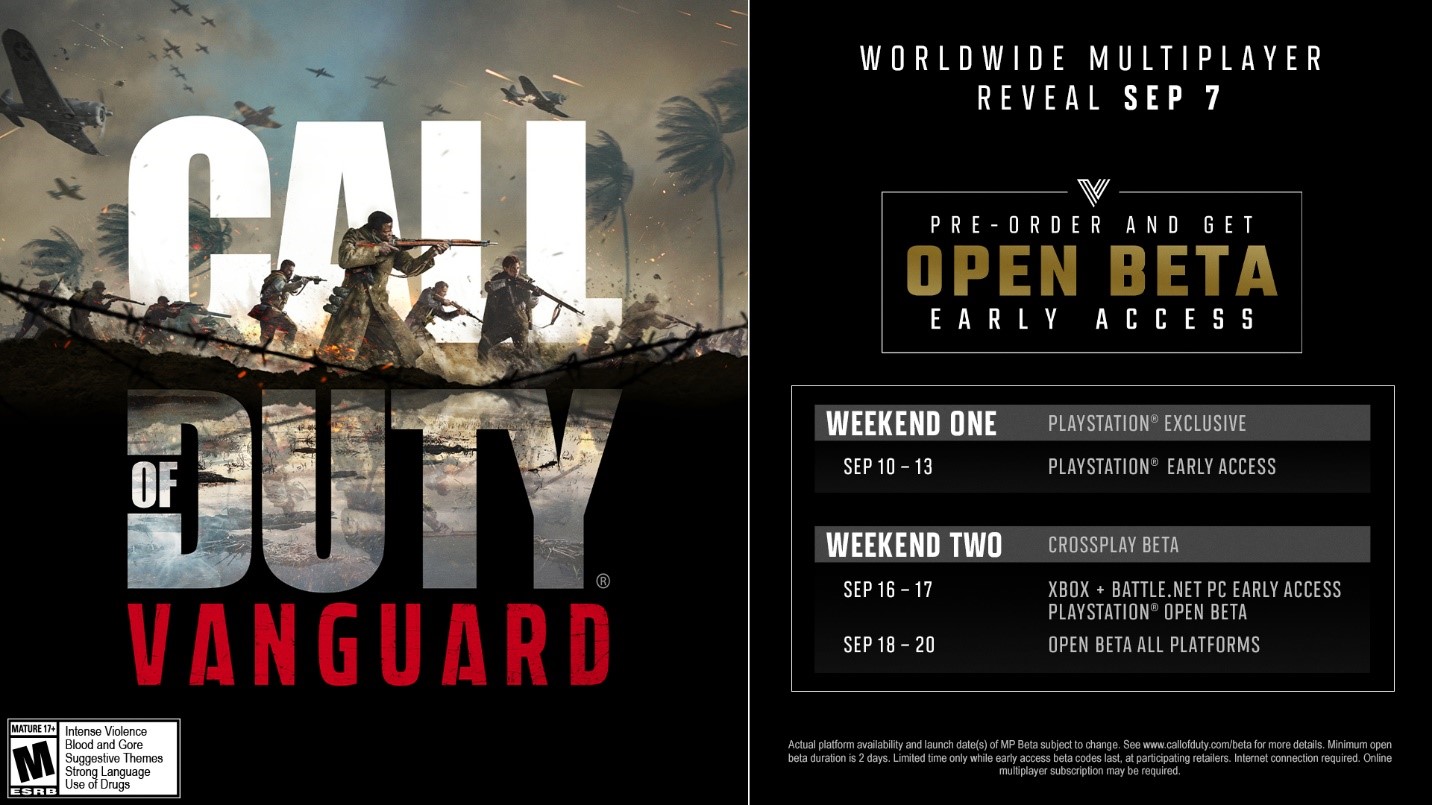 FEEDBACK MATTERS TO US!

Please tag @SHGames on Twitter and include #Vanguard when reporting any feedback you may have during the Alpha. Also, remember to tag @CallofDuty with your best gameplay clips from the Alpha and – who knows – we may feature your gameplay on the channels!