VANGUARD: THE ROAD FROM ALPHA TO BETA

Party at our house last weekend was fire, right?

High fives and celebratory fist bumps all around, folks. Thanks so much for playing the Champion Hill Alpha! On behalf of our development teams, partner studios, and global partners: we appreciate you showing up. But you didn’t just show up—you wrote us thousands of love letters and provided countless data points (ok, but like...we actually do count them) that'll make Call of Duty: Vanguard a better place to play for everyone.

In addition to the four new maps, six modes, and various features we’re bringing to the Vanguard Beta, we’re also delivering plenty of gameplay enhancements based on player feedback and internal data from the Alpha.

We passionately believe in being transparent with our community, and we’re addressing feedback as soon as we can. Please know that some of the feedback received during the Alpha weekend was already in flight for the Beta build. As a result, some feedback we were able to address ahead of the Beta, while other changes will come at a later time.

Did someone say Beta? Let’s dig in.

CHANGES FROM ALPHA TO BETA

The audio team has made improvements to weapon sounds that will be ready in time for Beta including:

Throughout the Champion Hill Alpha, we observed spawn issues that resulted in players spawning very close to other players. To address this, the design team has adjusted the spawns on Champion Hill.

FIXES IN THE PIPELINE

We received reports of nameplate visibility issues and aim assist tracking through destructible walls. While these fixes probably won’t be ready before Beta, we assure you they will be addressed before launch. Here’s which issues we’ve identified for fixes and a little information about why these bugs are happening:

Outside of Champion Hill – Vanguard will introduce another new game mode: Patrol. Based on Hardpoint, this objective-based mode features a scoring zone in near-constant motion; if Operators want to rack up points for their team, they should keep up and move around the map within this Patrol point.

These modes are in addition to the classic offerings such as Team Deathmatch, Kill Confirmed, Domination, and Search & Destroy. These are also the exact modes you can play alongside Patrol during the Beta period (Patrol and Search & Destroy to be available later in the Beta).

OPERATORS (Each will have 1 finishing move)

That’s it for now! There will be much more information about the Vanguard Beta to come in the Call of Duty blog next week, so keep your eyes peeled. We’ll see you online in the Beta, and we’re looking forward to collecting more community feedback to help us make Vanguard a better experience for players. 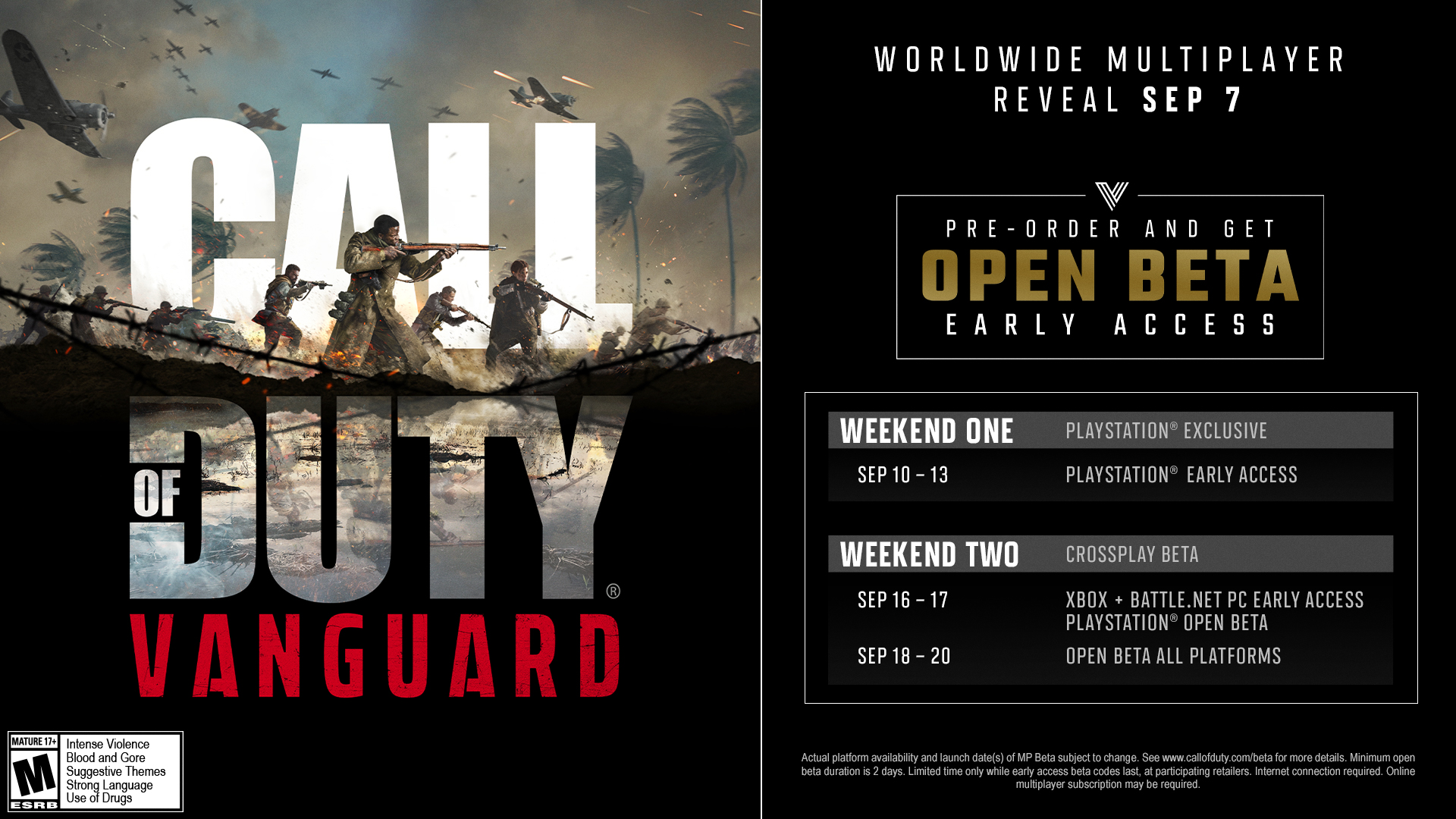