Finally! The gang is all here.

Welcome! And to all our returning Early Access players -- welcome back! Your feedback from Week 1 has been critical to making Vanguard better for everyone. Thank you. We have quite a lot to look at. But please note, that due to the short time between weekends, we haven’t been able to address everything just yet.

As a reminder, the Beta represents just a portion of the full Multiplayer experience that is still in development. Check below for a full rundown of changes between weekends, and more about changes planned for launch on Nov. 5th.

For a deeper dive into playable content for this weekend’s Beta, check out the Call of Duty®: Vanguard Beta Guide for tips on Maps, Modes, Weapons and more.

UNLOCK A NEW BLUEPRINT FOR LAUNCH 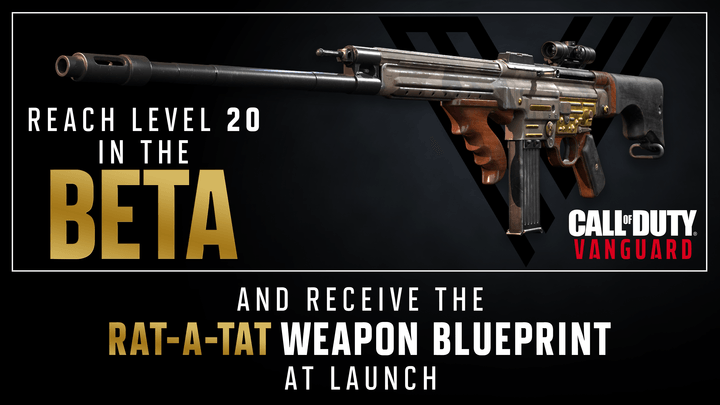 Reach Level 20 in Open Beta to get the "Rat-a-Tat" Assault Rifle Blueprint, available in Vanguard at launch AND on the new Warzone map, set for later this year. Plus, pre-order Vanguard now to get the "Night Raid Mastercraft" Blueprint for Cold War and Warzone – instantly.

The Story Behind Eagle's Nest

The Kehlsteinhaus – known in English as “Eagle’s Nest” – was a prominent Axis meeting house built 1,834 meters above sea-level in 1938. Known by the Axis as a diplomatic reception house, it was captured in 1945, and repurposed as an Allied military post. Watch your step on the outskirts of this mountainside map - it's a long way down! By the way, this map has some great sightlines that make it perfect for longshots.

Eagle’s Nest will be playable this weekend in Team Deathmatch, Domination, and Kill Confirmed at all Combat Pacing levels. 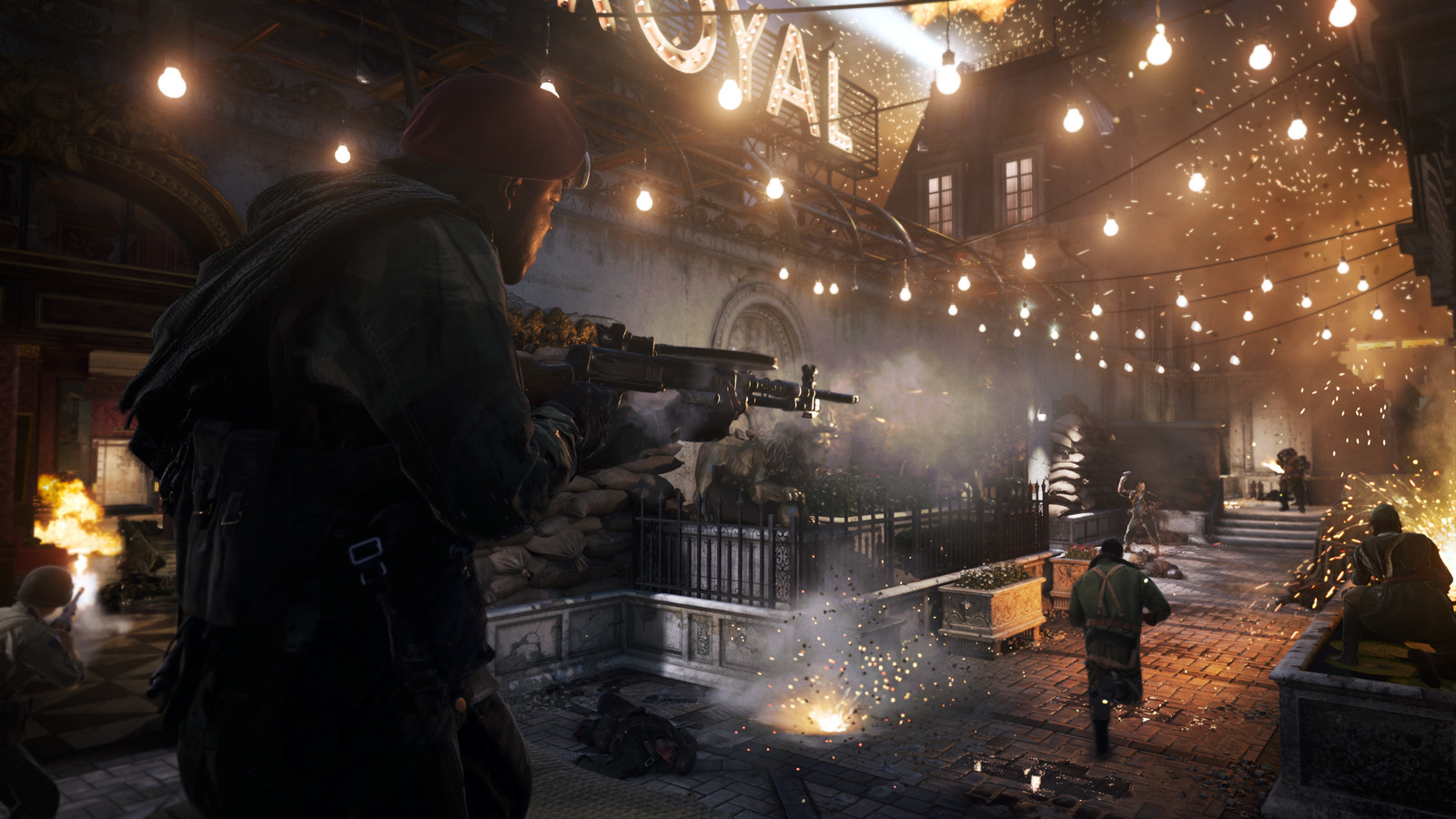 Some of you may have gotten a taste of Patrol last week, while others will experience it today for the first time. If you’re new to Patrol, this mode pits two teams against each other in a fight for a single moving “Hardpoint,” or scoring zone. Patrol Spawn Advisory: We are aware of the spawn issues on Patrol and a fix is in progress. Due to this, Patrol has been pulled from a few maps and modes, and we will be monitoring performance throughout the weekend.

New to the Vanguard Beta

UPDATES FROM WEEKEND 1 TO WEEKEND 2

It is highly recommended for players using an AMD GPU to update their drivers to version 21.9.1, if those drivers are available for their graphics card model. This version contains several stability improvements for Vanguard. Players with an AMD GPU will be prompted to update their drivers to the latest version if they do not have version 21.9.1, even if this version is not available for their GPU model.

Due to a new patch, some players may be required to restart their clients upon first launching the game.

While your player and weapon levels will not carry over to the full game on November 5, you will gain Tier Skips for the Season Five Battle Pass based on your time played in the Beta, allowing you to earn Tiers that instantly award content for Black Ops Cold War and Warzone. Players who play in the Beta will not see the time played reflected in their Battle Pass, and these Tier Skips will be awarded at a later date.

In other words, after the Vanguard Beta over, you can hop back into Warzone and Black Ops Cold War to find some new weapon blueprints, operator skins, and more ready to use once you receive those Tier Skips.

In addition to the Rat-a-Tat" Assault Rifle Blueprint, a Calling Card and Emblem will be rewarded to Beta players, so you can earn bragging rights to friends over playing the game early.

Got constructive feedback? Please let us know your thoughts here or on any platform by tagging @SHGames, @sledgehammergames, or using the hashtag #Vanguard.

To report a bug or leave feedback during the Call of Duty®: Vanguard Beta, Click here.

Be sure to tag @CallofDuty with #CODTopPlays to share your best gameplay!

Good luck and have fun!